The architecture within our art collection ranges from the earliest skyscraper to the modern metropolis, let’s see how they measure up. 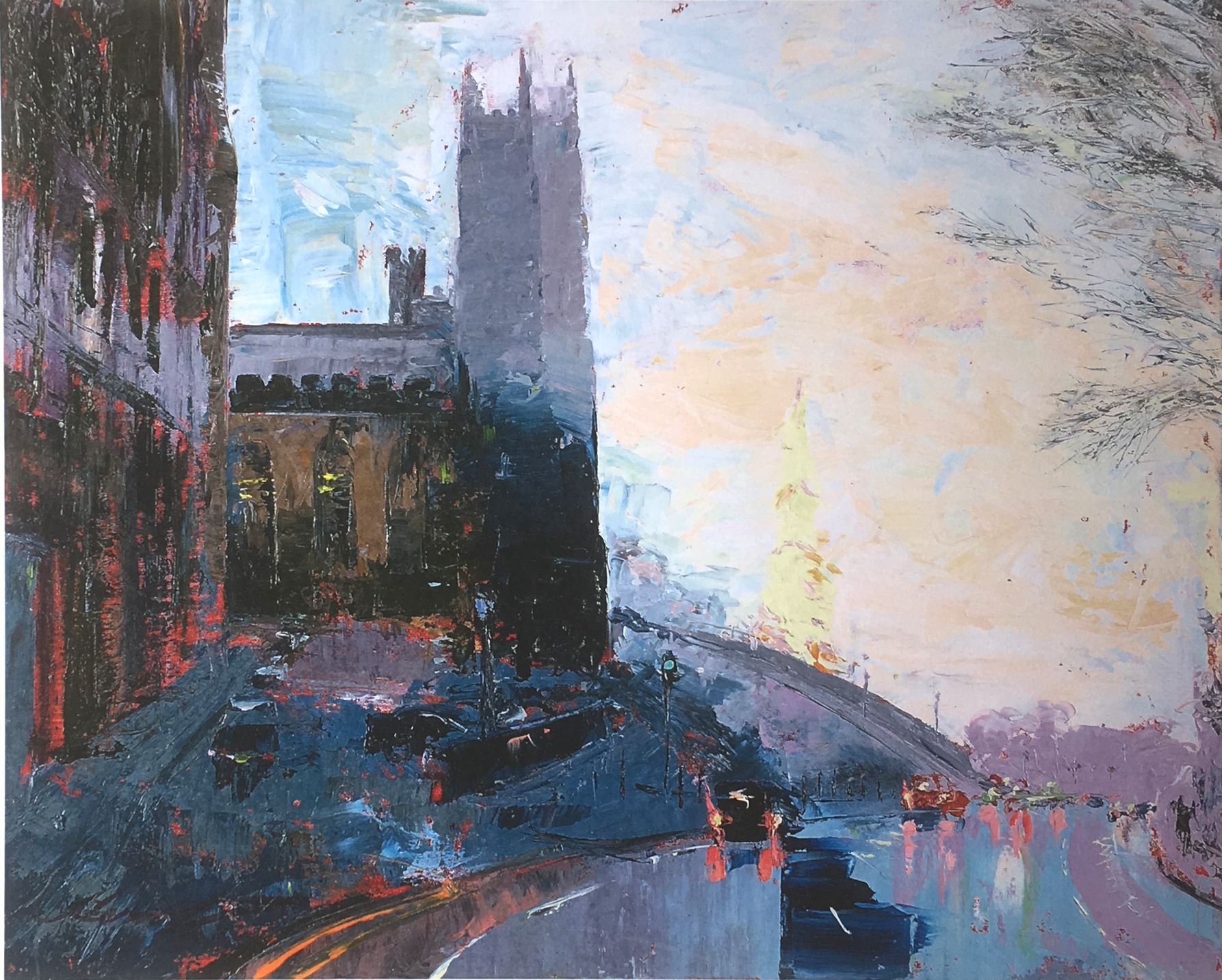 Herriot, Top of the Mound

Living in Edinburgh, the Buro Art team are accustomed to the beautiful, winding streets and spiraling architecture of The Old Town, which sits within the original Town Wall, upon the same volcanic rock as Edinburgh Castle.  In the 15th century, buildings up to eleven stories high appeared, keeping the wealthier citizens further from the din and squaller of the streets below.  Some of the original buildings remain though many were rebuilt lately by the Victorians.  The flats in Herriot’s contemporary painting are eight stories and the cities third tallest building sits just behind, through a maze of alleys (or Closes).

These early Edinburgh buildings are thought to have inspired the modern Skyscraper, however nothing built within Edinburgh has surpassed the height of it’s tallest 19th Century buildings: 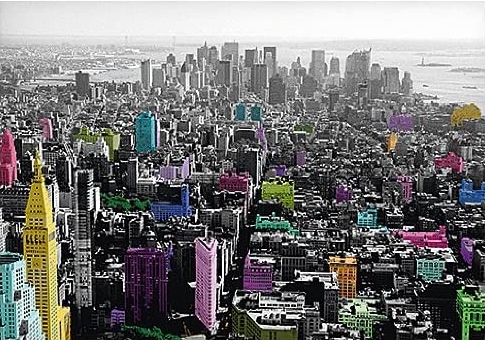 The Scottish Enlightenment of the 18th and 18th Century, brought with it the arrival of Edinburgh’s New Town, which sits beneath the Castle, with its grid-like street plan, wider roads and Georgian Architecture.

Grided town planning and towering buildings are now synonymous with the streets of New York and other more modern metropolises across the world, with many of the buildings known by name.  How many do you know?

Born in 1968,  Anne Valverde finds inspiration in travel.  “Flat Iron” is part of a series for which the artist took monochrome photographs of cities, then painted in the colour in her Paris studio.  There is more about  her inspiration in our recent post here.

Presently, the tallest building in New York is the One World Trade Center which stands at 541 meters (or 546 m to the tip). 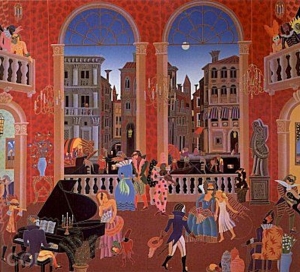 This beautiful painting by Thomas McNight (1941) captures both the famous cultural traditions of Venice, and the remarkable architecture.

The Engineering challenge of building skyscrapers varies from location to location, but Venice presents its own particular problems.  The city consists of 115 islands and over 150 canals so many of the buildings are supported by complicated foundations, set in water.

The tallest building in Venice is the Campanile di San Marco stands at 99 meters tall and is the bell-tower of St Marks Basilica. 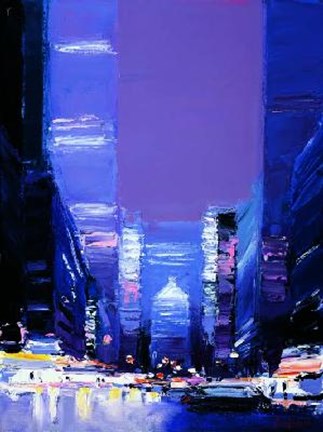 According to The Skyscraper Centre, the tallest building in the world in 2020 is the Burj Khalifa of Dubai at 828 meters, but it is expected to hand over this title to the first building to reach 1,000 meters later this year when the Jeddah Tower opens in Saudi Arabia.  That’s over ten times taller than Edinburgh’s tallest building!