Our collection of art is varied and has a focus upon European works by living artists, however mixed within that, we have sourced a range of works by iconic artists including Matisse and Van Gogh and we particularly enjoy looking at these artist’s preparatory sketches. 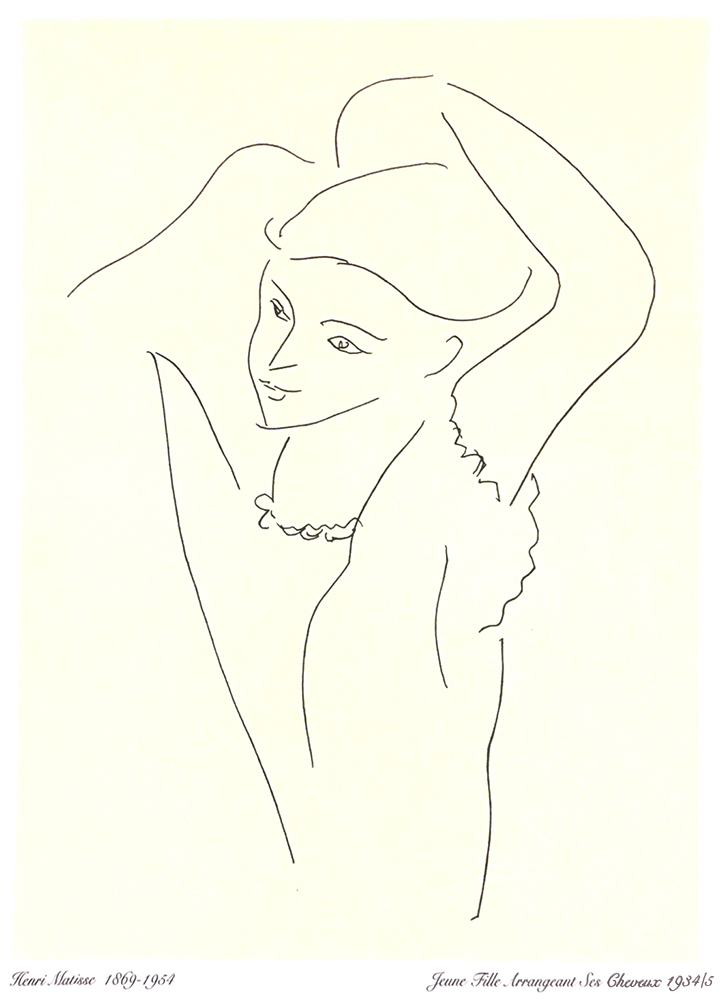 “I have always considered drawing not as an exercise of particular dexterity… …but as a means deliberately simplified so as to give simplicity and spontaneity to the expression, which should speak without clumsiness, directly to the mind of the spectator”.  Henri Matisse

Matisse was born in 1869 in Le Cateau-Cambrésis, a town in the north of France where the focus was upon the woollen mills and the associated textile industry, many of these textiles would feature in his later art works. As an adult, he originally studied Law, moving into art once living in Paris. The twin challenges of line and colour were of life-long interest to Matisse, he often simplified one to emphasis another as he strove to capture the pure balance he dreamed of.

The above “Jeune Fille Arrangeant Ses Cheveux” of 1834/5 is deceptively simple.  Henri Matisse’s (1869 – 1954) line captures the sitter’s features and pose in a few marks.  This was typical of his drawing style through the 1930’s where he preferred this pen and ink style of mark making, and often used these quick studies to inform his larger studio paintings. 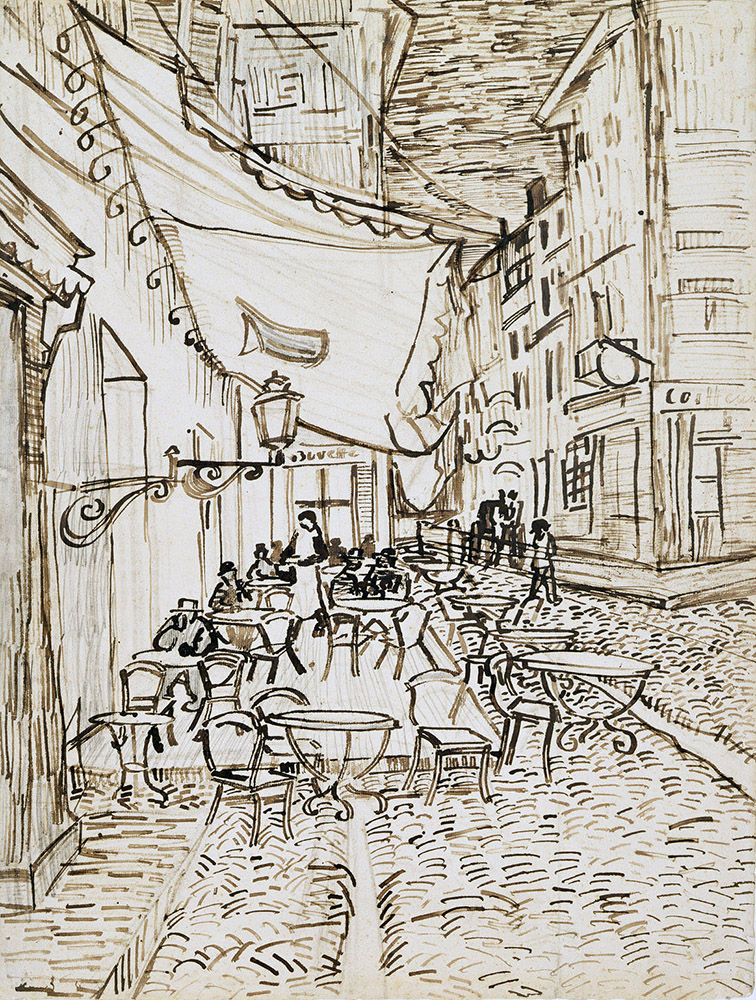 “Great things are done by a series of small things brought together”. Vincent Van Gogh

Vincent Van Gogh (1853 – 1890) was born in Zundert, Netherlands to a comfortably wealthy family which afforded him the pleasure of travel as a young man.  He worked as an Art dealer and Minister before his depression lead him towards art in 1880.  The majority of his works were created in just 10 years, he was highly prolific and influential over this short period.  Towards the beginning of his career, he concentrated on monochrome works and studies, believing he should master line and tone before venturing into colour.

Similarly, this Van Gogh pen and ink drawing from 1888 was used as a study for his famous painting of the same name, “Café Terrace at Night”.  The mark-making, composition and tone are all worked out in this study and translate very accurately into his final painting.  This speaks to Van Gogh’s artistic process, and demonstrates has a very solid plan for his final artwork before taking to paint.

If you like the prints as featured, you can find more information and purchase them in our online shop.

Buro Art in The Spotlight
Scroll to top