Perhaps it is the transient beauty of a red rose which inspires an artist to capture their likeness?  With Valentine’s Day fast approaching, we celebrate the simple fact that many artists love flowers (whatever their reason). 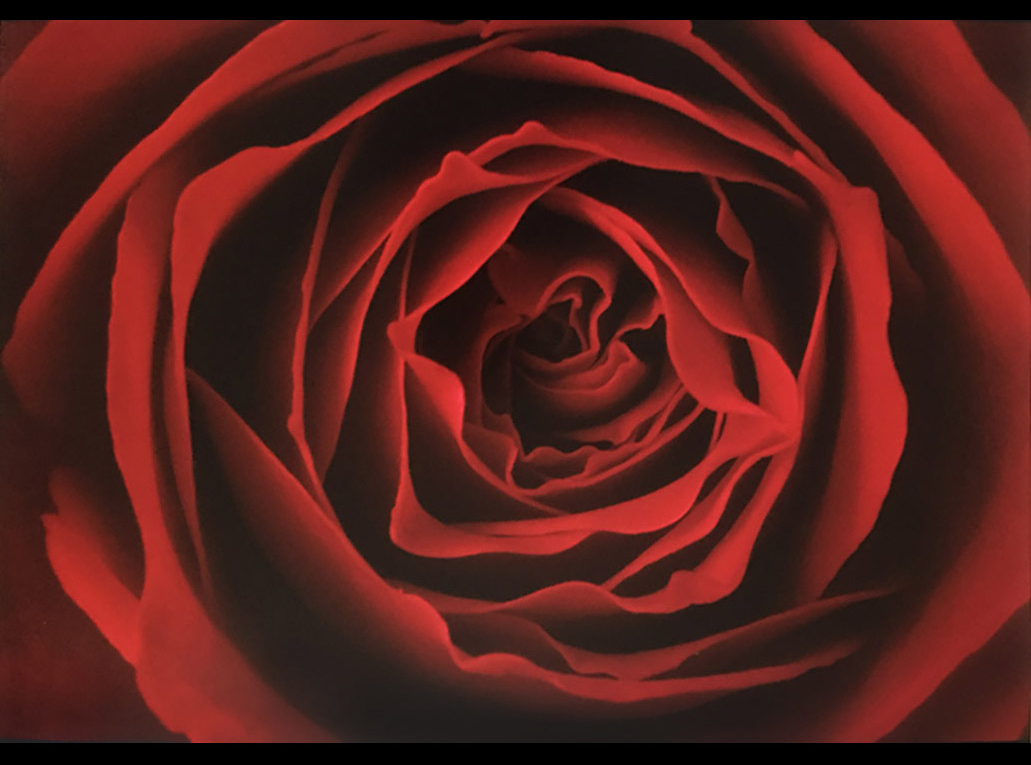 ‘Red Rose’ is among the most iconic floral studies.  Hass (1921-1986) was born in Vienna.  He bought his first camera on the Black Market in exchange for the 10kg of margarine he was gifted on his 25th birthday and his early photos of home-coming Austrian Prisoner’s of War caught the eye of ‘Life’ magazine.  Instead of taking a job with ‘Life’, in 1949 he joined the prestigious Magnum Photography group, working along side photographers like Robert Capa and Henri Cartier Bresson, eventually moving to The USA in 1951 where his photo essay on New York was to become the first Colour Photos published in Life Magazine.

Hass is respected as one of the pioneers of Colour Photography.  ‘Red Rose’ was photographed in 1970 and was originally printed as a series of Dye Transfer prints – a technique that Hass pioneered with images investigating colour in photography, often playing with its saturation to create striking, lasting images. 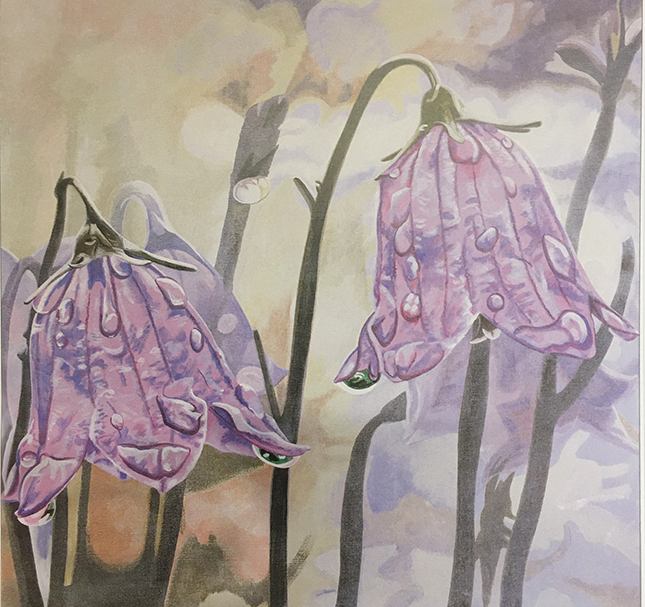 Though one of the smaller pieces in The Buro Art collection, ‘Bell Flowers’ certainly has a strong presence.  Hyper-real painter Ole Ziger (1940) finds inspiration in a wide range of subjects, from Pop Culture and The Urban to floral abundance of the back garden.  All of his works capture a moment in time, emphasised in ‘Bell Flowers’ by the stationary water droplets, brimming with the inevitable weight of gravity, impossibly paused.  It should come as not suprise that the camera is an important tool in Ziger’s creative process, following in the footsteps of pioneering photographers like Ernst Haas. 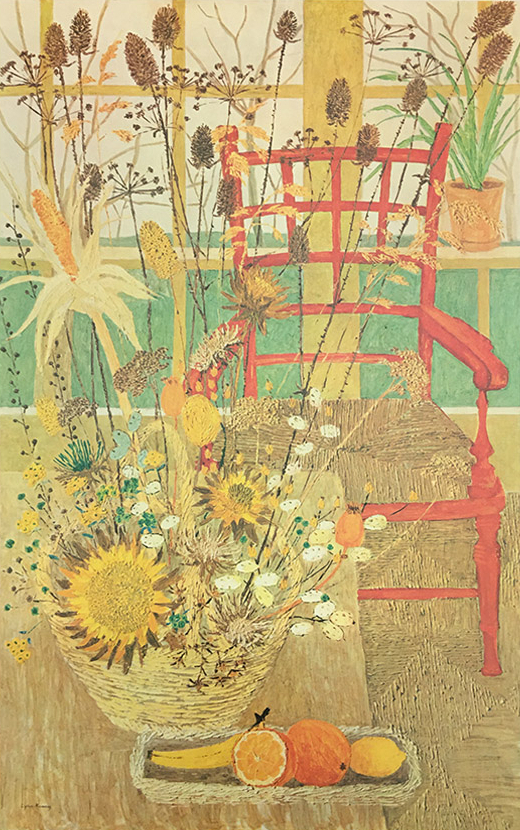 As well as focusing upon details and flowers in nature, there is a strong artistic tradition of flowers as still life subjects, often painted from life within the artists home or studio, and ‘The Red Chair’ is an excellent example of a still life.  The complex arrangement of linear components in this composition highlights the artist’s strong draughtsmanship technique, while the colour, energy and pattern creates a bright, welcoming atmosphere.  Artist, Designer and Illustration Lydia Kemeny (1925 – 2012) was born in Hungary, moving to England as a teenager, her creative skill led her to study fashion at Central St Martin’s (1942-44) & The Royal College of Art (1944-47).  Kemeny carved out an incredible career as  “Vogue” Magazine’s mid century fashion Illustrator (1947-76), and she also returned to Central St Martin’s to tutor and mentor some highly influential fashion designers including Alexander McQueen and Hussein Chalayan among many more.

If you are looking for some flowers to gift a loved one this Valentine’s Day, perhaps there is a bunch that will last a little longer in our online print shop.